A downloadable game for Windows, macOS, Linux, and Android

COLOLINKS! is a matching game that takes some mechanics of Two Dots/Dots and mixes it with a bit of Candy Crush feel! :)

The game is a matching game in 6x6 board, The game features normal 4 marbles along with 2 special marbles and while the mechanics is too similar to Two Dots game it has some small taste of Candy Crush which incorporated into the special marbles.

You match marbles with mouse/touch to get points and challenge people via the online "Leaderboards" to show players the real power you have!

The game can be played offline and i provided sync button on main menu that can be shown after first time played in top left of main menu, So if you have internet connection later you can push your score then! ^_^

The game gives you a time limit of 30 seconds but you can get extra time by activating special marbles which mentioned next section...

The game features 2 special marbles which has a great take on the game and plays great role in adding extra time!

1. Scissor Marble: You can get this by matching 6 - 9 Marbles, This gives extra time of 4 seconds in addition this clears both column and row this Marble is on.

2. Bucket Marble: You can get this by matching 10 or more Marbles, This gives extra time of 8 seconds in addition to clear the Marbles with same color this Marble connected to.

"Special Marbles" also can be activated by clicking instead of matching them with another Marbles! ^_^

Stats is great way to see how much you're progressing into the game, There are also 15 Achievements that ranges from fun stuff to some insane things!

The game features 10 themes that adds fun to the game style and gives more addiction to the game's style...

The same for palettes you have 10 color palettes and you can select what you like! ^_^

For "Desktop Version" users: You can add your own themes and palettes, Check out the modding guide which also comes along the game to see how you can do it, And your imagination is the only limit!

Also check out mods.zip from downloads which contains my mods to take an overview about making and installing/adding mods...

Is internet connection required to play the game?

What if my score isn't submitted to the Leaderboards?

If you didn't scored anything (I mean 0) then it won't do it, But else if you had bad internet connection and "You" not appeared on Leaderboards, In that case reconnect via Sync button.

Which platforms has modding support?

Desktops, Sadly you can't load mods on Mobile and Web  platforms due to security reasons though i look into adding this :(

What if my mods failed to load?

Don't worry because a fallback is provided which will switch to default themes/palettes, Plus i recommend ya to check modding instructions from the text file to ensure that no mistakes you did, If you think that game has a bug then tell me in comments! ^_^

Sure there are, Check them out here!

I used DragonRuby Game Toolkit which utilizes Ruby in amazing way powered by SDL and mruby, The themes made using FireAlpaca (Except Roman Numbers by my friend, Which made with Adobe Illustrator)

Most of the icons and images were grabbed from sites like iconsdb and OpenGameArt except few images drawn by me using FireAlpaca, The sounds and music where grabbed from freesound.

If you're interested about editor i used Notepad++ and about 6500 lines of Ruby were written to make this great work! :)

Donations is an option to support my work if you care about, You can via PayPal from game credits or via itch.io's donations! ^_^

would be nice with more time (bonus adding time ?)

Hi, Thanks for your interest in COLOLINKS! ♥

The 30-seconds time limit when game starts have been considered to give the game a well-designed gameplay mechanism, Because at the time 60-seconds was considered i was aware that game may not end by players which ends up submitting scores that are very huge and makes it hard for easy players to challenge into the leaderboards, Though mastering the game mechanisms and understanding the techniques is enough for getting very high scores…

However you can get bonus time by creating and activating “Special Marbles” which designed for that case! 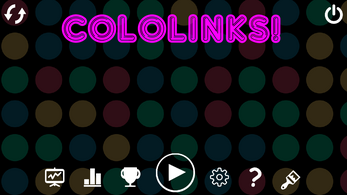 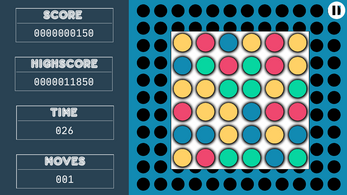 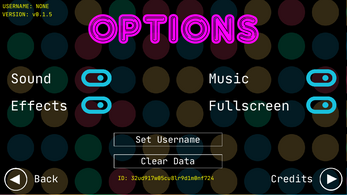 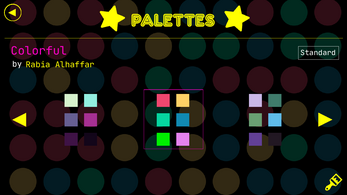 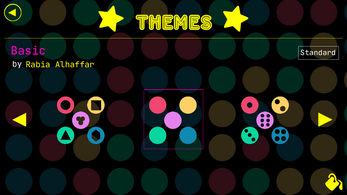 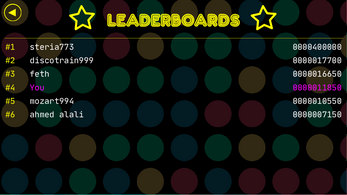 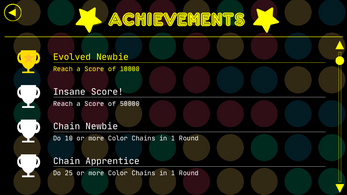 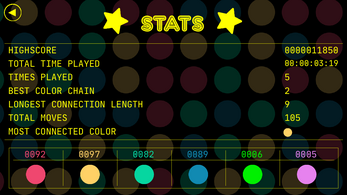 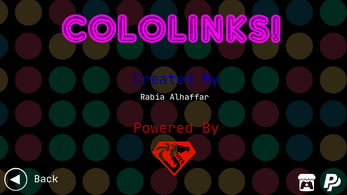